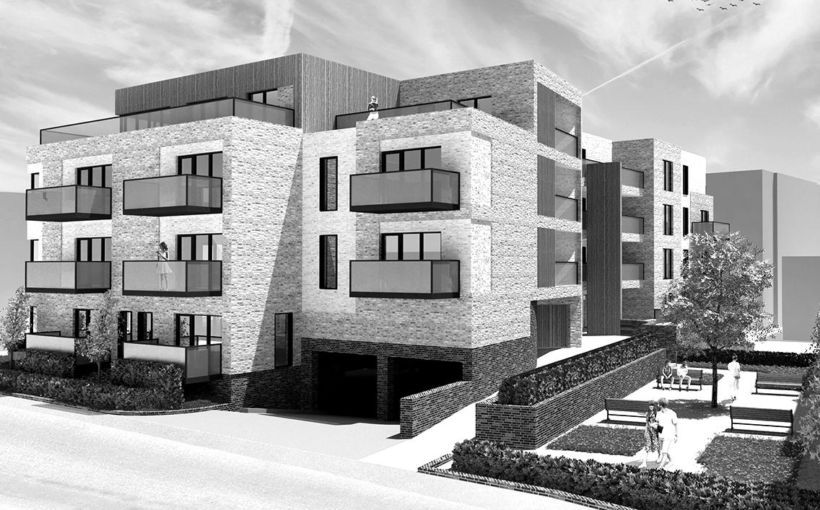 The application proposes the comprehensive redevelopment of Onslow Mills, West Drayton. It proposes to demolish the existing dilapidated industrial buildings on the site and to erect a high quality residential building containing 24 apartments over 4 storeys.

The site is located on the south side of Trout Road just off West Drayton High Street. It is within walking distance of West Drayton Station and the town centre.

The site is 0.14 hectares in size and comprises a series of dilapidated buildings which are currently being used for a cash valeting centre.

It lies within a wider area which has been subject to extensive rejuvenation and redevelopment in recent years. This document explores not only the current context of the site but also considered it in light of the schemes both consented and planned for the surrounding sites.

The materiality on the scheme predominantly uses 3 shades of buff brick with elements of vertical dark timber boarding used both on he facade and also for areas of terrace and decking.

Contrast is provided by the texture and colour in the palette of materials which, with shadows cast due to the number of steps and in the building’s form, creates interest and variety in the facade.

The timber is proposed to be installed to run vertically to again contrast with the horizontal lines of the brickwork. Window openings are formed using a PPC frame to from a metal edged aperture in the facade.